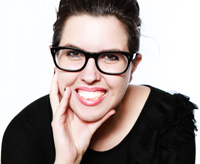 
There’s been a lot of talk about crowdfunding over the past year: Veronica Mars the movie was fully funded by a fan campaign, Zach Braff funded his sequel to Garden State, artist Marina Abramović raised over 600,000USD for her project. As a working artist in Hong Kong, lover of community outreach and the internet, I wanted to know how crowd funding could benefit me and my projects. 4 years ago I started working on my concept for Shakespeare in the Port. It was a simple dream: outdoor Shakespeare in Hong Kong that was accessible and affordable to everyone. When I went through the traditional channels of grant writing, seeking support from corporate sponsors and government officials I was met with polite but bureaucratic versions of the answer, no. They all seemed to revolve around “insurance… liability” and my personal favorite, “Hong Kong audiences aren’t smart enough for Shakespeare.”