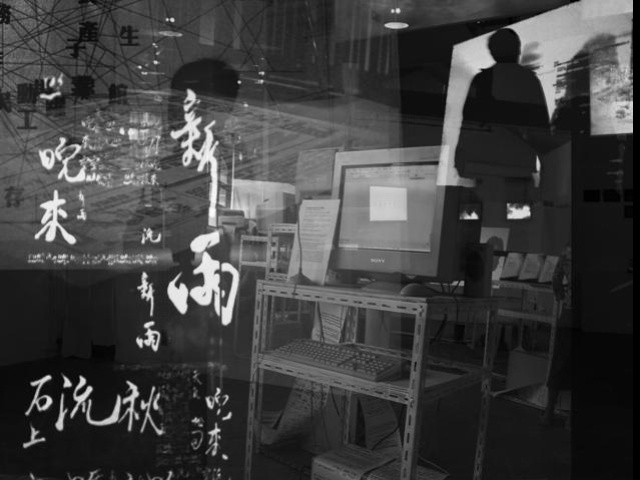 The Writing Machine Collective (WMC) is a Hong Kong based media art collective with a research orientation and theoretically engaged in new media issues. Since its inception, the WMC has published five exhibitions in Hong Kong, as an attempt to solicit attention for how coding can be the conjuncture of literature, machine and visual creation. Lectures, workshops and student laboratories are always part of our programme as strategic arms to develop quality audiences and committed artist-researchers for the future.

With the support of HKADC, the latest edition, WMC_e6 – Cinema Expanding: Visualising the Unseen will be launched in fall 2018. Four media artists, NG Tsz-kwan, Hector RODRIGUEZ, WONG Chun-hoi and Hugo YEUNG, will address their contemporary video studies and present their experiments in the gallery. The exhibition series will be held at Sheung Wan Civic Centre and Foo Tak Building, from August to November.

To open up the “black box” of media art, the WMC is introducing free docent workshops to the public. More than 20 new media art interns will go through a series of new media art foundation and docent skill trainings. They can also exchange ideas will the artists before each exhibition to deepen their understanding to the art-making process. Each participant will be provided opportunities to deliver docent in the exhibition, demonstrating their knowledge acquired in combining elaborated research and artistic interpretation in an intriguing tour.

Furthermore, artists and scholars are invited to discuss their researches and experimentations in public seminars, to openly explore new media art.

However, HKADC $300,000 funding could only afford the three exhibitions rates, promotional and construction costs. The WMC would like to crowd fund $50,000, to invite lecturer and speakers, recruit project coordinator and hire venue.

1.    Docent Workshop
The docent workshop follows the ‘train-the-trainer’ model. The new media art interns will thoroughly acquire the principle and idea of the artworks with a series of new media art introduction, art appreciation, docent skill trainings, and media art operation trainings. In the exhibition, they will act as a bridge in presenting the research and concepts between the audience and the artists. The programme also act as a platform to encourage participants’ sharing with artists, curator and coordinators. By networking the interns with the new media art circle, we hope to establish discussions among the upcoming generation, develop the interest of new media art in the general public.

Interim sharing sessions will also be organised to promote exchanges between interns, artists, curators as well as all participants.

The workshop is offered free of charge. Participant should deliver not less than 3 days of exhibition docents.

2.    Public Seminars
Three public seminars will be held for each exhibition. In-depth discussion between artists and scholars will address the creative process from behind-the-scene researches to aesthetic experiments, continuing the opening up “black box” conversation.

With the rapid development of the cinema, scholars and researchers in different centuries have suggested various theories to experiment moving images, in attempt to explore its possibilities. Expanded Cinema published by Gene Youngblood (1970) reconsidered cinematic projections and viewing experiences, especially to "revitalise" screening venues, leading to bandwagon rolling projection art. Echoed to the accessibility of video broadcasting in 60s and 70s, video artists expanded cinema by bringing up its behind technologies, such as signal transmission, visual effects, scan lines, and so on, into the discussion and begged a divergence between traditional celluloid-based cinema and contemporary moving-image. The term "expanded" emphasizes in extending, especially in expanding and opening the definition of moving image, pushing forward to never-ending experimentations and actions. Visual media will always expand when new technology, tool or machine rises.

In the age of visual explosion, Writing Machine Collective re-studies the topic of Expanded Cinema, and invites four media artists, Ng Tsz Kwan, Hector Rodriguez, Wong Chun Hoi and Yeung Ming Him Hugo, to address the 21st century video studies. The 4-month exhibition series will showcase the artists' findings as part of their action researches, opening up your perception and imagination in moving images. 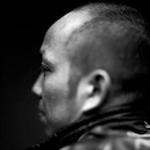 NG Tsz-Kwan is the Co-founder and Executive Creative Director of yU+co.[lab} since 2006 when his interactive multi-media design company, N.T. Lab, partnered with award-winning Hollywood-based creative design firm yU+co. He graduated from The Chinese University of Hong Kong with a bachelor degree in Fine Arts in 1997, and Central Saint Martins College of Art and Design with a master degree in 2000. He is dedicated to applying interactive media in art installation and business application. His works have been invited for exhibitions locally and worldwide. In 2007, Perspective named him as one of the “40 under 40” which commends 40 young design professionals in Greater China.

Hector Rodriguez is a digital artist and theorist whose work explores the unique possibilities of computational technologies to reconfigure the history and aesthetics of moving images. He received a commendation award from the Hong Kong Government for his contributions to art and culture in 2014.

His works have been internationally exhibited across Taiwan, Singapore, New York, Poland, Germany, Spain, Greece and awarded the best digital work in the Hong Kong Art Biennial 2003, achievement award at the Hong Kong Contemporary Art Awards and jury selection of the Japan Media Art Festival. He was the Artistic Director of the Microwave International Media Art Festival, and is director for research and education for the Writing Machine Collective. He currently teaches at the School of Creative Media, City University of Hong Kong. 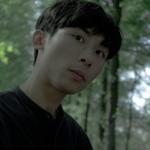 WONG Chun-hoi was graduated from the School of Creative Media in City University of Hong Kong, majored in Critical Intermedia Laboratory. His works mainly involves sound and electronics, and have recently received gold award in the 23th IFVA awards, media art category. His works also often exhibited and performed in Hong Kong, Taiwan and China. He provides technical supports to various artists and support as the artistic engineer in Floating Projects in his off time. 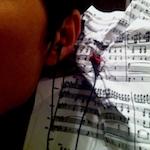 Hugo YEUNG Ming-him is an emerging digital artist focusing on exploring the possibilities of algorithms and computation as media to expand the aesthetic of cinematic (audio-visual) experience. He debuted the solo show in 2016 and his work exhibited GENERATE!° Festival for electronic arts 2017, Germany. He was graduated from Bachelor of Arts and Science in New Media, School of Creative Media, City University of Hong Kong. He is currently a member of Floating Project Collective. 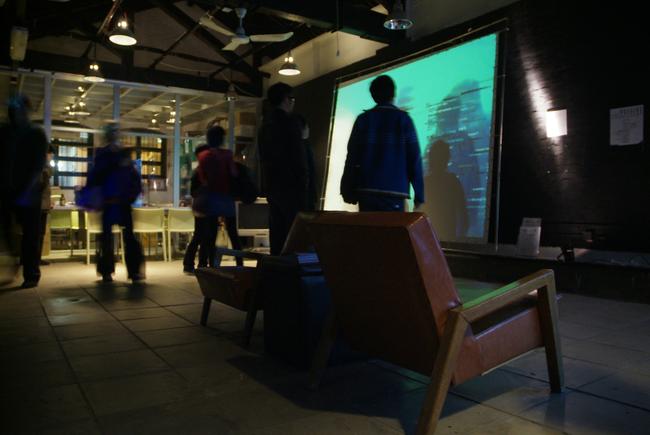 The WMC is a HK-based media art collective with a research-based orientation and theoretically engaged in new media issues. The following keywords demonstrate some of our key concerns:

*Writing systems as the creation of codes and symbols, writing as performance versus writing as inscription
*User interface, compression, dictionary, data structure, information theory, codification…
*Data visualization as forms of reading and writing
*Computing as an artistic medium, algorithm as a thought process, machine as space, as process, and as an organism
*Forms and variety of digital literature
* Nature and processes of of interactivity
* Computational thinking in contemporary art
* Computation and cultural engagement
* Generative art and literature

The Writing Machine Collective (WMC) began with a group of media artists who wanted to dig into issues of emergence, complexity, and algorithmic principle in art making. Since its inception, WMC has published five exhibitions (2004, 2007, 2008, 2011 and 2014) in Hong Kong.

Whereas we seek to explore the positive side of ‘circle of acquaintances’ in networking, our ‘participation-by-invitation’ model has each time been complemented by open call for works in order to keep our community open. Lectures, workshops and student laboratories are always part of our program as strategic arms to develop quality audience and committed artist-researchers for the future.

Recognition on Exhibition Thank You Artwork

Recognition on Exhibition Thank You Artwork