We have courage in all difficulties. On our mark, get set… What we need is your generous support 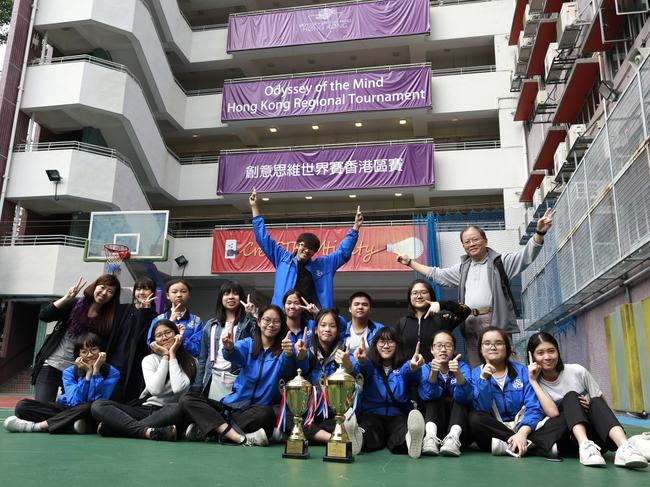 What we need is your generous support

Your support helps us sail in the wavy ocean

Your donation is our rainbow after the shower

Your wise choice will make our dreams come true

You are very much appreciated, if you could spend a few minutes and know more about the stories of us 11 teenage girls. With your greatest support, it is hoped that we could take this journey to innovation and exploration and unleash our potential.

On behalf of Lok Sin Tong Wong Chung Ming Secondary School, 4 teams of students participated in a territory-wide competition called Odyssey of the Mind organized by Chinese YMCA College. We were all incredibly thrilled to know that three of our teams won the Champion, the 1st and the 2nd Runner-ups respectively in Hong Kong Regional Tournament. 11 of us would therefore have the opportunity to represent Hong Kong to compete in the Odyssey of the Mind 2019 World Finals at Michigan State University from 22-25 May 2019. However, here comes our biggest worry ─ without a penny, how can we achieve our goal across the ocean?

Growing up from grassroots families, most of our parents work in industries such as retail, construction, catering, and transportation with low incomes. Some of the families rely on one's income. Some parents have to do part-time jobs while some of them are unemployed. The daily expenses have already caused a great financial burden to our parents. Thus, the trip to the United States was a limbo for us.

The total expensive for two teachers and eleven students to participate in the “Odyssey of the Mind 2019 World Finals” will be around HK$280,000.

THE SMILES ON OUR FACES

The poet Xi Murong well-said, 'poverty is not a shame, wealth is not a sin, and there is not much difference between the coarse tea and the jade food. As long as we have love, the children will have a smile.' 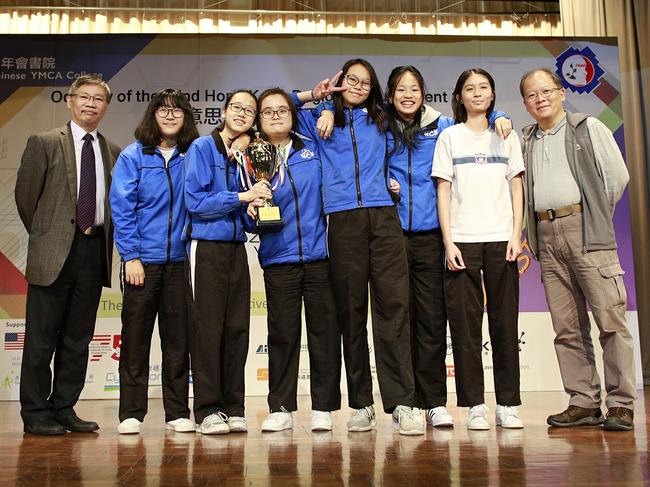 In the Virtual World: Humanity Does Outweigh Fantasy

In order to win "Planet Web" ('web' and 'forgetfulness' are homophones in Chinese), Calm installed viruses in her own body. She even betrayed her friends. Gradually, she became Impulse – a cunning and ungrateful character. 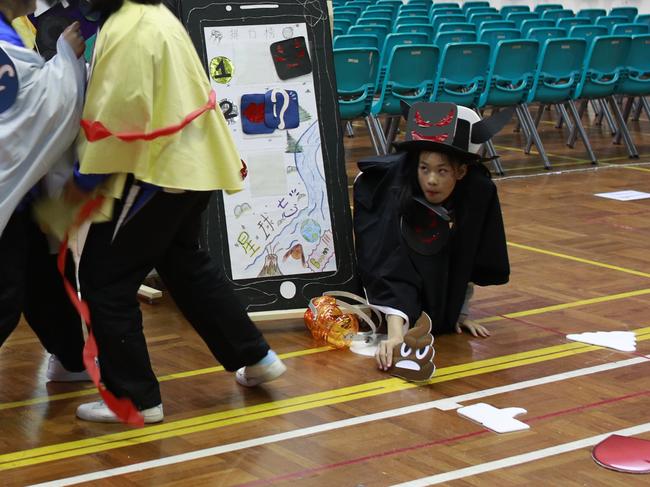 After the tournament, I earned recognition for my performance. 'Her expressive face made us see through Impulse's craftiness', the judge remarked. My heart was full of joy upon receiving such compliment as it was my first drama performance.  In order to play the role well, I spent lots of time and effort writing the dialogues and practicing the act as Impulse. Luckily, our efforts finally paid off. 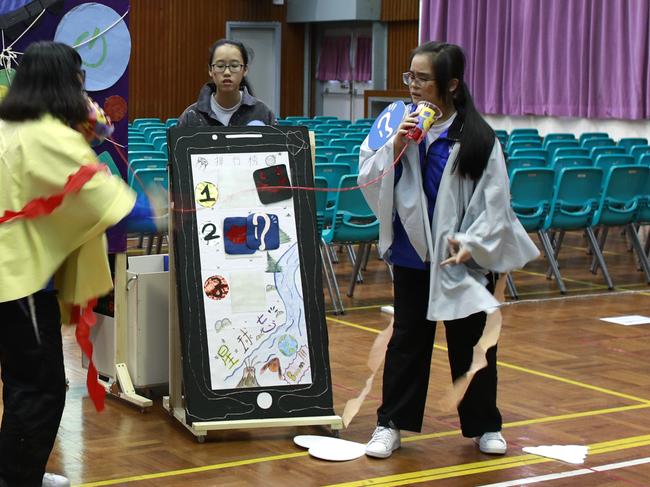 I am responsible for most of the design work of this drama in terms of the costume styles, colours patterns, sizes of the backdrop board, materials and layout. We must carefully control the cost since the production fee of this competition was limited to HK$980 per team. I love painting very much. I used to draw pictures, but in this competition I had to turn the graphic design into real objects. It was not an easy task. However, I also enjoy this process very much. 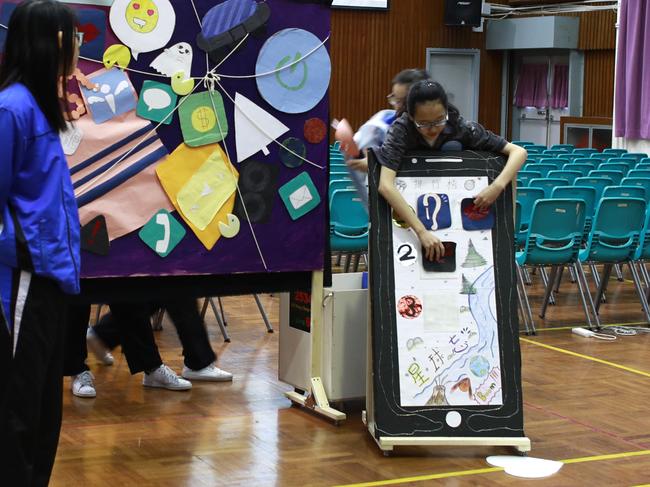 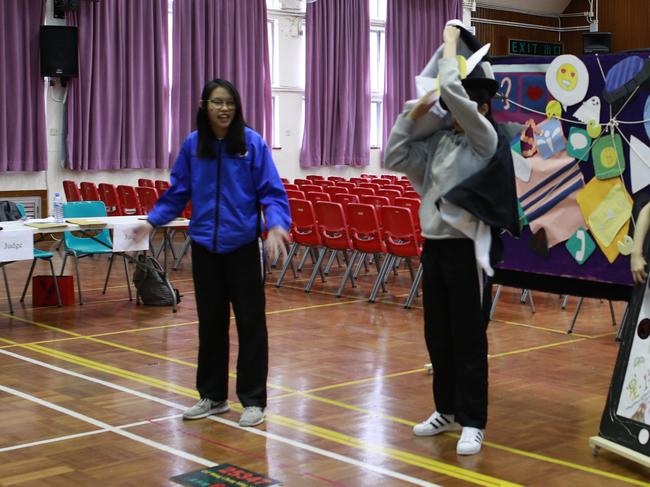 I think that my role is very important. If I perform well, it will add value to the performance of the whole team. I am the sole narrator. I have to use different tones to read out my lines so that the audience can know more clearly what we are doing. Therefore, I have to work hard to remember all the dialogues, and be familiar with the plot of the whole play. If I don't remember my lines, I will spoil the whole performance.

The story was about a king who wanted to make a gear to help soldiers land to the city gate safely and quickly. Walking by Da Vinci's workshop, they heard that Da Vinci was knowledgeable and imaginative. Hence, they went forward to ask Da Vinci to help invent new gear for the army. Da Vinci tried again and again and finally designed the prototype of a parachute. One day, a mad old woman burst into the door and accused Da Vinci of making the parachute, which led to the death of her son in the war. Da Vinci felt guilty. He then improved the design and strengthened the safety of the parachute.

The story was about Leonardo da Vinci, an influential Italian scholar of the Renaissance. During the writing process, we were always stuck with the dialogue and our minds were blank. Whenever we saw the team members working hard, we made up our minds that no matter what difficulties we encountered, we must complete the script!

One of the dialogues was adapted from the well-known Cantonese movie, From Beijing With Love, starring Stephen Chow. It was the dialogue between the King and Da Vinci.

The king said, 'There is no end to the world! Vinci.' Da Vinci requested, 'I hope Your Majesty could please call my full name, Da Vinci.' The king replied, 'Ok, Vinci!'

During the performance, the effect was amazing, as the whole audience burst into laughter. 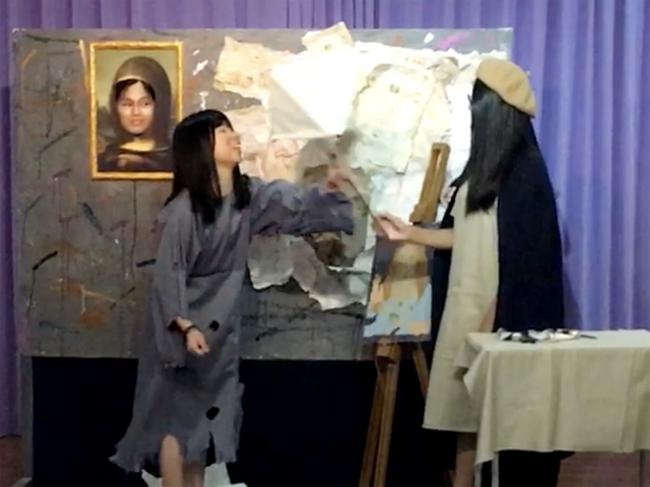 When making the props, I needed to consider the rules of the tournament including the budget of HK$980, the required size of the parachute, the landing principle, the materials used, etc. Initially, someone suggested buying a parachute model at the stationery store, but the cost was too high; or borrowing one from others, but the size and the pattern did not match with the plot.

Finally, I decided to make it by myself. We bought some special chopsticks as a bracket of the parachute. After drilling holes, tying with fishing lines and sticking layers of Chinese rice paper, Da Vinci's parachute was born! 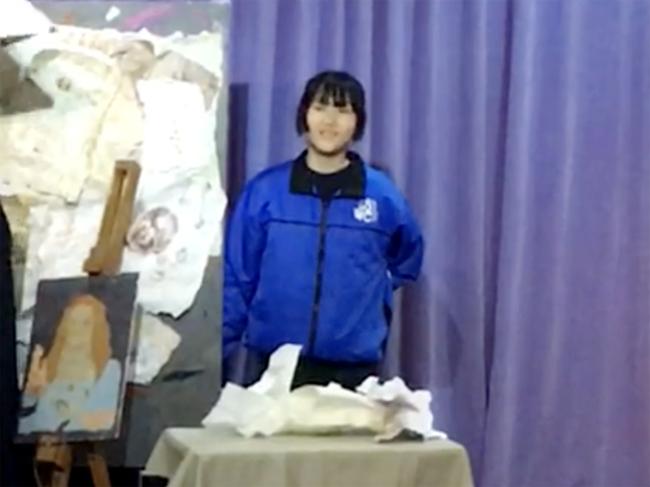 It was really a big challenge as I have to turn my teammate into Mona Lisa. I first searched for the online video clips about the whole make-up process of Mona Lisa. Then, I practiced all the complicated steps on paper including applying eye shadow, blush, lipstick, brightening and shadowing again and again. 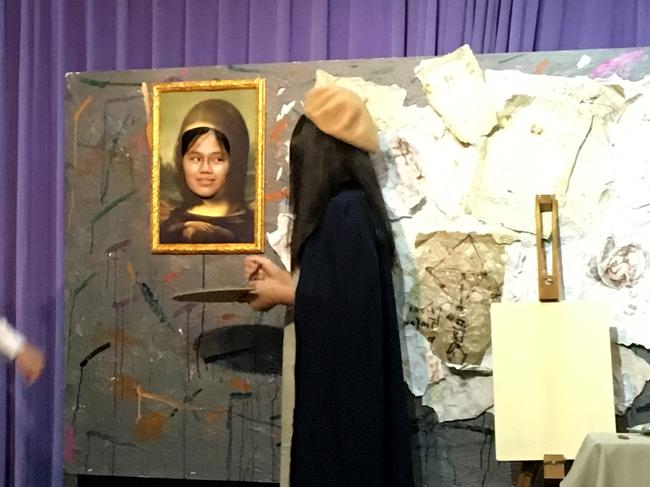 One of the roles was a poor mad woman, who had to show madness during the play. We had to highlight her poverty with her costume. I first searched the Internet for more information, and selected some of the four or five images to match the dress of the role, and finally started to make it.

To buy the materials for the costumes, I went to Sham Shui Po and tried different fabric. I also had to tear the fabric to make the dress shabby. At that time, I really underestimated the efforts of sewing of the clothes while the seams were not well stitched. At the end, a senior form student showed me how to use a sewing machine with a few pieces of useless cloths. After practicing, I finally mastered the skills of using the sewing machine.

We hope to continue to participate in the finals in the United States. Although we will have to translate our script into an English version with our average English levels, we are not afraid of it. We will never seek any excuses to justify ourselves. We would like to grab this chance to win glory for our school and Hong Kong.

As the saying goes, "The ears hear the virtual while the eyes see the truth." If we can make this trip, we can exchange ideas and communicate with the American students, We can also experience different cultures, which definitely will be beneficial for us. More importantly, we can share all our experiences with my teachers and classmates after returning to Hong Kong,

To be the Champion and the 1st Runner-up did not rely on luck, instead, it was achieved with our unremitting efforts. It will be a great memory for every one of us to be able to participate in this great event in the United States.

You are very much appreciated, if you could and support us so that we could take this journey to innovation and exploration.

Support a member's costs for a one day study trip. As a token of thanks, you will receive a thank-you email from us.

Support a member's costs for applying an America visa. As a token of thanks, you will receive an electronic photo album that we shot during the game.

Support a member's half of accommodation costs in US. As a token of thanks, you will receive a handmade photo thank you card, one Odyssey of the Mind World Final 2019, long term problem 3 or 5 badge.

Support a member's accommodation costs in US. As a token of thanks, you will receive a handmade photo thank you card, one Odyssey of the Mind World Final 2019 and one long term problem 3 or 5 badge.