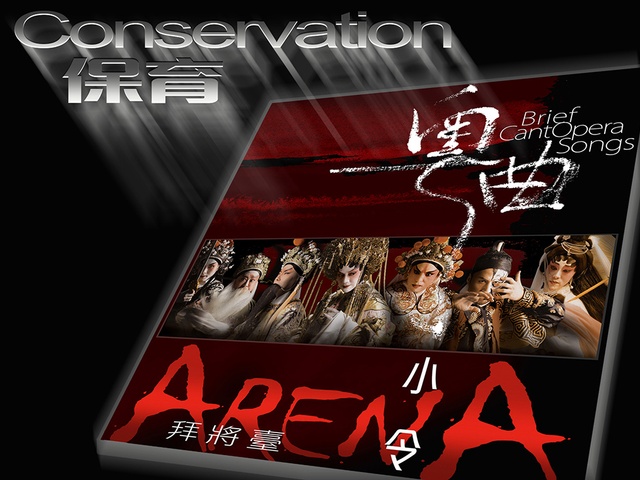 Update 18 May 2016 - Scheduled for Summer in Taiwan, Completion by Year End Expected

We have been called the phoenix because we are at the verge of extinction. To some, Cantonese opera is in the sunset phase, with darkness sure to follow. Most of us agree that Cantonese opera is a cultural treasure and must be preserved, but how many will actually go and see the opera?  And why don’t they? YEUNG Chi Shum hits home when he says, “many Cantonese operas that we see are like photocopies. Even worse, the original is lost, and we only continue to copy from second-, third- or Nth-handed copies.” Versions distorted beyond recognition should aptly fail to appeal to the general audience.

Since Utopia was established, we are certain of the splendour and vast potentials of Cantonese opera. In 2014 we celebrated our 15th anniversary in memory of TONG Tik Sang’s works. He is a creator of wonders for Cantonese operas, and we do not want to “photocopy” his works; rather, we would like to decode the secrets of his creativeness. We produced two stagings of an extraordinary concert, and RTHK “Artspiration” has the following comments (in Cantonese with Chinese Subtitles):

We believe that only by opening up the road of creative work can we find future brightness and stay away from darkness. This belief is based on an examination of the renaissance of Cantonese opera in the 50s, when TONG Tik Sang presented his works that excelled among those of his peers and led Cantonese opera through an upturn to reach its peak. The Four Operatic Classics of Hong Kong, namely “The Peony Pavilion”, “The Flower Princess”, “Waiting Heart” and “Reincarnation of the Red Plum”, are all penned by him. What a pity Tong’s achievement turned out to be just an isolated incidence! It did not give rise to an upsurge in creative Cantonese operatic works in Hong Kong. There were intermittently new plays written, but they were old wine in new skin. Today Cantonese opera seems to have run out of steam and is entering a stage of living on pension from the government.

Hence, we believe to keep on creating is to pay the greatest respect to TONG Tik-sang. In the CantOpera concert mentioned above, we inserted a non-TONG piece “Ask Heaven”, an extract from the original work Utopia’s “Arena”.

“Ask Heaven” MV: “When the actor meets the playwright: HONG Hai vs Rex NG ”. (in Cantonese with Chinese & English subtitles)

In the concert, we chose 50 extracts from TONG’s works, each lasting for approximately 3 minutes. After arrangements, we presented them with montage built in, creating new space for imagination. To our pleasant surprise, we received a lot of praises for adopting this new style, which are very encouraging and mean a lot to us.

We are not unfamiliar with the interaction between a movie’s soundtrack CD and the movie itself.  From 30 September 2015 to 2 October 2015, we will be re-staging Utopia’s first original Cantonese opera “Arena” at the Sha Tin Town Hall with a dream crew on-stage and off-stage, together with Hong Kong’s first Brief CantOpera Songs CD, which is also the first Cantonese opera “original” soundtrack CD. Using "FEVER" CD recording in an unusual Cantonese operatic song format, we will inject creativity, freshness and new hope into Cantonese opera in Hong Kong. Your support is a must for the success of this project. There will be over a dozen songs from our work, each lasting for approximately 3 minutes.

Rerun of original play “Arena” by a dream cast 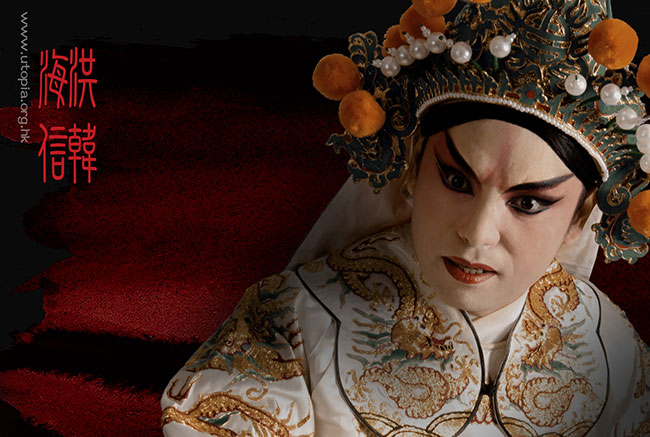 HONG Hai* is the actor for the leading part of HON Seon: Of the star-studded cast, HONG Hai is the youngest leading actor, and takes up the most challenging position! He is the head of production (Chinese Opera) of The Hong Kong Academy for Performing Arts Chinese Opera Academy and artistic director of The Young Academy Cantonese Opera Troupe. He plays the warrior HON Seon, who has not lost a single battle, and outshines his peers. His talents often put his friends in shame. Especially, when he meets an authoritarian treating him as both a life-long friend and a potential competitor, his fate as a subordinate is predictably tragic. 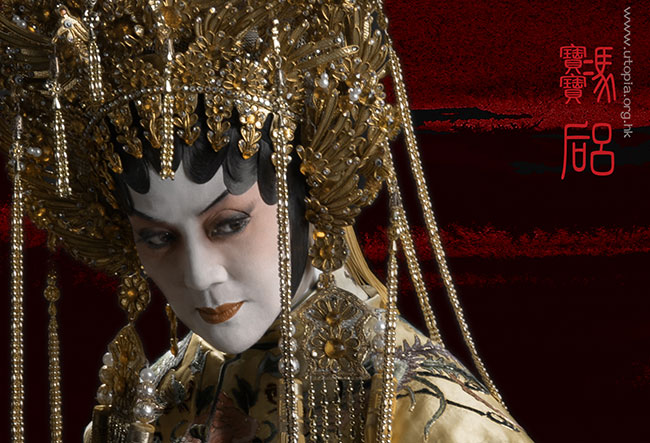 FUNG Bo-bo as Empress LEOI crosses boundaries: It has always been our aim to invite talents from other art-forms to present our works, and to jointly explore creative possibilities. Distinguished artist FUNG Bo Bo, who has nearly 60 years of experience as actress, will give her debut in Cantonese opera.  Bo Bo is known to most for her powerful acting in “The Empress of China Wu Zetian” showing both the bright and dark sides of the human being. This time she plays the part of Empress LEOI, the first woman in Chinese history who had supreme power over the nation. She promises us a performance resounding the intrigues of the political arena of today! 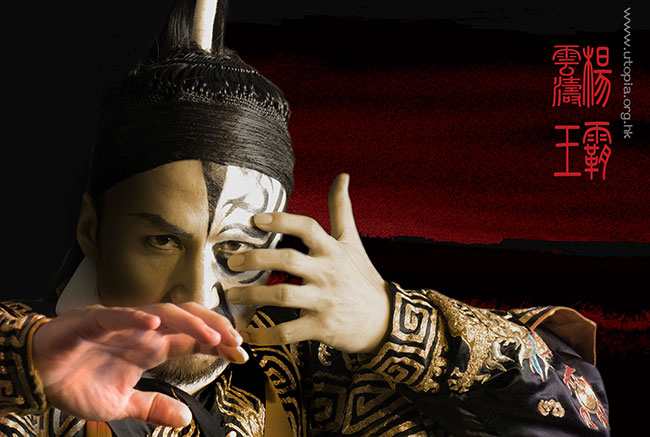 YANG Yuntao** as King Co crosses boundaries: another distinguished artist is the Artistic Director of The Hong Kong Dance Company. YANG Yuntao will join in the upcoming performance, playing the part of King Co. He is known for his creative ability to mix the traditional with the modern, and his attempt to express the HONG Jyu (XIANG Yu) in the ballet performance “The Conqueror” has won many positive reviews and won the Hong Kong Dance Award. 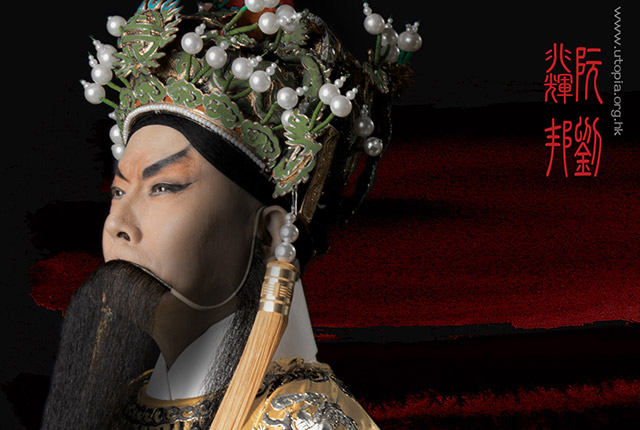 YUEN Siu Fai as LAU Bong: Veteran Cantonese opera performer YUEN Siu Fai plays the part of LAU Bong, the first emperor emerging from the masses. He started performing as a very young child, same as FUNG Bo-bo. This will be the first time the two former child star perform together, which gives the audience a lot to look forward to. LAU Bong likes to give out small favours to win the hearts of the people around him, but he has too little trust in others for him to enjoy any riches with them. Like HON Seon he comes from a grassroot background, and he understands how a ‘man’ really thinks under his skin. HON Seon is clever in deploying troops, while LAU Bong is good at cooking up strategies. 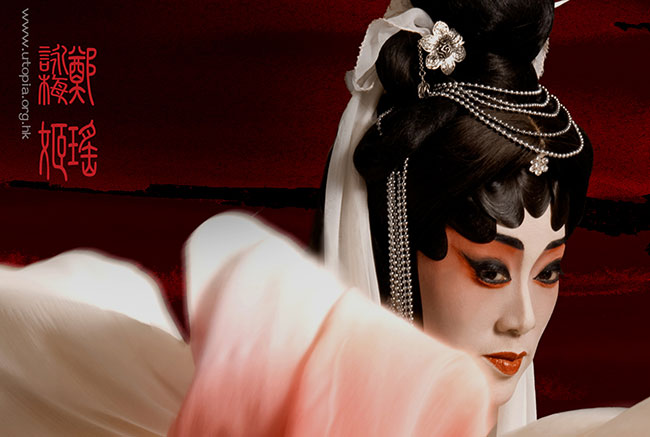 Susanna CHENG as Hon Seon’s wife Lady JIU: Susanna CHENG and HONG Hai are among the first cohort of graduates from The Hong Kong Academy for Performing Arts Cantonese Opera Advanced Diplomas course and they have worked together numerous times. She plays a lonely spirit in the war, who is also the emotional pillar of the hero. The spirit becomes an asylum for HON Seon, and serves as warning signals from his intuition for spiritual conflicts. 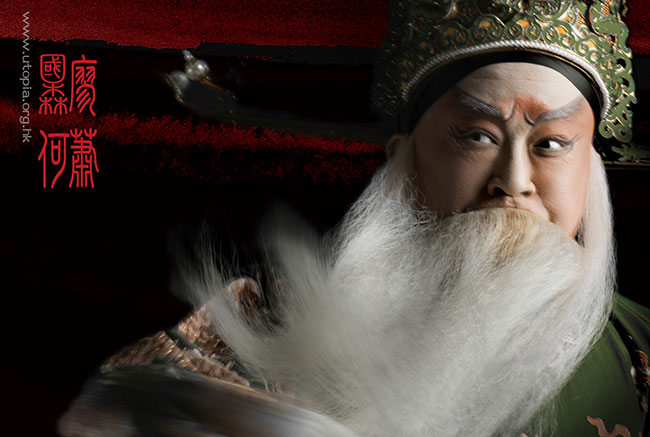 LIU Kwok Sum as SIU Ho: Great politician, no fixed friend or foe, nor fixed right or wrong. The benefit of the majority is his benchmark. He takes upon the nation’s interest as his priority. 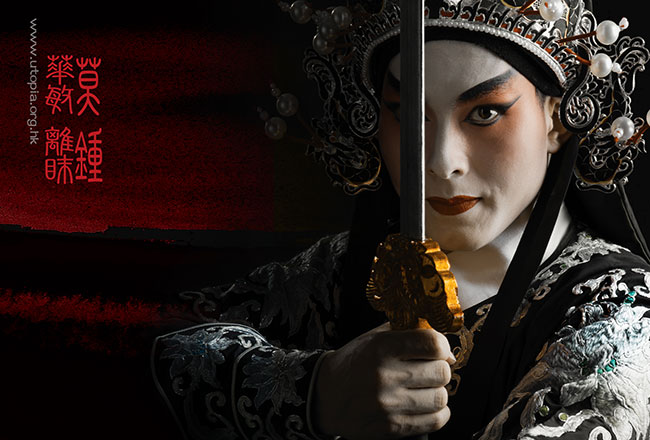 MO Hua-min* as CHUNG-LEI Mut: Hua-min is a pupil of Hong Hai. When they perform together, they both benefit from the experience. CHUNG-LEI Mut is a hero who separates his friend and foe clearly. A general of the late HONG Jyu, he never works for another master. He joins hands with HON Seon just in order to destroy Han and to revive the Co dynasty. He refuses to side with whoever has the upper hand and is eager to take the difficult path. His loyalty is no lips’ service but is genuinely acted upon. As such he deserves the mourning by people past and present.

“FEVER Disc” is translated from a local Chinese expression where “FEVER” has “AUDIOPHILE” as its origin. It refers to a music disc with superior quality in lyrics, melody, singing, music arrangement and recording. It dates back to the earliest LP, and now usually refers to CD. It is not sufficient just to be self-labelled as a “FEVER” CD; it must be appreciated as such by music fans and experts to be real, natural, elegant, and lasting.

Recording techniques vary and they are not determining factors. The dual track recording of “Cantate Domino” in 1976 has mesmerized so many of us; we can even tell each singer’s position on stage by closing our eyes!  Also, Teresa TENG’s “Dandan Youqing” is an 80’s recording; and yet it has dozens of versions all over the world and sounds more balanced and alive than some which use 24 bits 96 KHz!

LU Xun says in his short story “Hometown”, “There is no such thing as hope, or hope not. Same as a road; there is originally no road, but as more and more people walk on the ground, it becomes a road.” It is always difficult to begin anything. We are truly grateful to all the artists who perform for free, and lend their support to this “Brief CantOpera Songs” project. We treasure the opportunity to share this idea with you. As the cost for producing a "FEVER" CD is very high, we will need more “road users” to bring this idea to live. Your support will plough the artistic soil of this project, giving it a chance to sprout!

Utopia reserves the right to change the songs and the singers.
in Cantonese with Chinese & English subtitles

1.  Three incense sticks (melody: All Things Great, singers: YUEN Siu-fai, FUNG Bo-bo, HONG Hoi, LIU Kwok-sum)
When great honour is achieved, is it the day when rabbits and dogs are to die? When would this not apply to the Chinese people?

3.  Worry-free well (melody: Birds Frightened, singers: HONG Hai, Suzanna CHENG)
In laughters or in tears, forget your worries by drinking one cup of the well’s water, a different choice for man and woman?

4.  Implied words (song format type: Sigung Manbaan, singers: YUEN Siu-fai, FUNG Bo-bo)
Man likes to dodge from reality while woman likes to speak not what she thinks; an old couple’s conversation turns out to be a guessing game.

7.  Fighting for middle kingdom (song format type: Imitation of The Blind’s Style Naamjam, singer: YUEN Siu-fai)
A tug of force between men: mutual appreciation between heroes, but why two heroes on one arena?

8.  Woman’s secrets (melody: Water from the River, singer: FUNG Bo-bo)
Before a woman must do something that she doesn’t want to…

9.  No regrets (song format type: Wuilung Style Jiwong, singer: HONG Hai)
When a man is stubborn but unregretful, he is at once most attractive and most repulsive.

14. Great general (melody: Destroying a Military Strategy, singers: YUEN Siu-fai, FUNG Bo-bo, HONG Hoi, LIU Kwok-sum)
When you die for a country, you should be honored. When your fame exceeds your superior, the Chinese know what your fate will be. Does that apply to a different nationality?

This is a story about Emperor LAU Bong rooting out HON Seon through the hands of Empress LEOI. It epitomizes the phobia-haunted Chinese society, where one is ever fearing replacement by others and is determined to vie fiercely with whoever threatens one’s position, so much so that one’s is content only with the destruction of the perceived foe. Each and every character in the opera proceeds with the assurance that justice is on his/her side.

HON Seon was praised as the “soldier transcendent” and the “god of war”. He was a renowned combat tactician in ancient China, winning every battle! Without HON Seon, perhaps the "Overlord of West Co" (Putonghua Chu) HONG Jyu would not have gone so far as to part his concubine and throat-cut himself, nor would LAU Bong have created a dynasty of prosperity.

Once the Hon (Putonghua Han) dynasty had been securely established, were HON Seon’s days counted?

That was a case of injustice over two millennia old. It would not be possible to dig out all the facts, let alone redress the injustice. This story on stage, inevitably a mixture of facts and fiction, traces HON Seon’s footprints in the last 24 hours of his life. When the two met face to face, would the “god of death” give the “god of war” a way out? 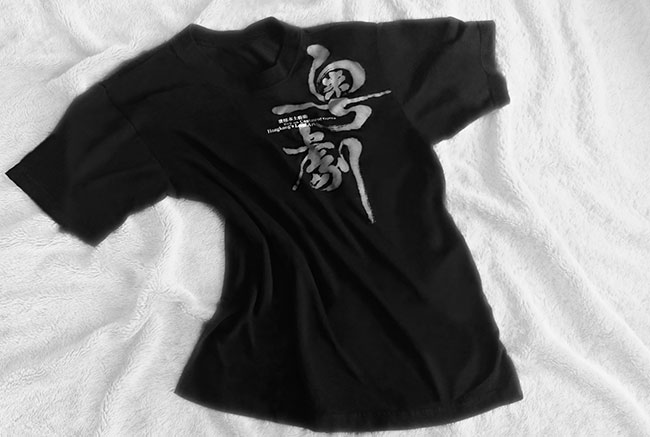