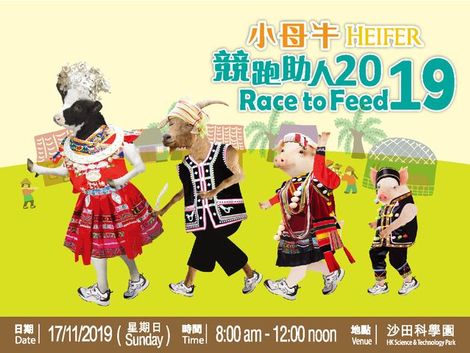 Thanks for enrolling in Race to Feed. Now, you can also raise extra donations to support our poverty alleviation work in Mainland China. Set up your fundraising page and share it with friends and family on social media platforms (e.g. Facebook, Instagram, etc.) Together, you and your loved ones can help more needy families get out of poverty.

Since 2006, Heifer Hong Kong’s event “Race to Feed” has raised over HK$47 million to help thousands of impoverished farmers in rural China become self-reliant. Over the years, it has attracted over 8,000 participants. Other than the existing “1K x 5 Relay”, “Individual/corporate team 10K Run”, corporate staff are also encouraged to join “3K Fun Run” together with their family or friends. Together with us, participants will help accomplish the mission of delivering life-changing power to impoverished rural families in Mainland China! Donations raised will be allocated to poverty alleviation projects in Yunnan China.

• Round Trip Flight ticket to Taipei for Two

To compete for Fundraising Award, please submit the donation on or before 08/11/2018. 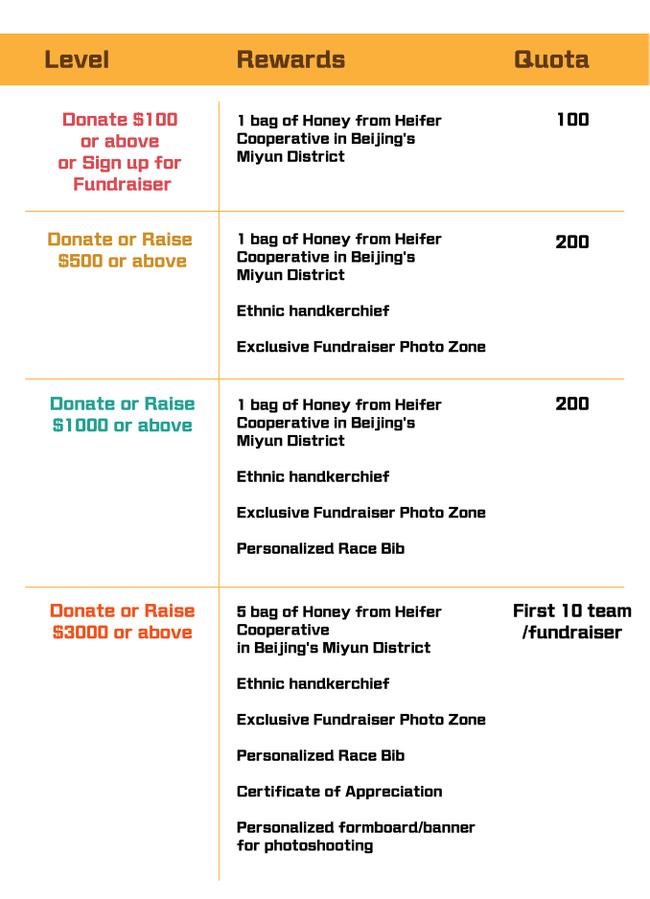 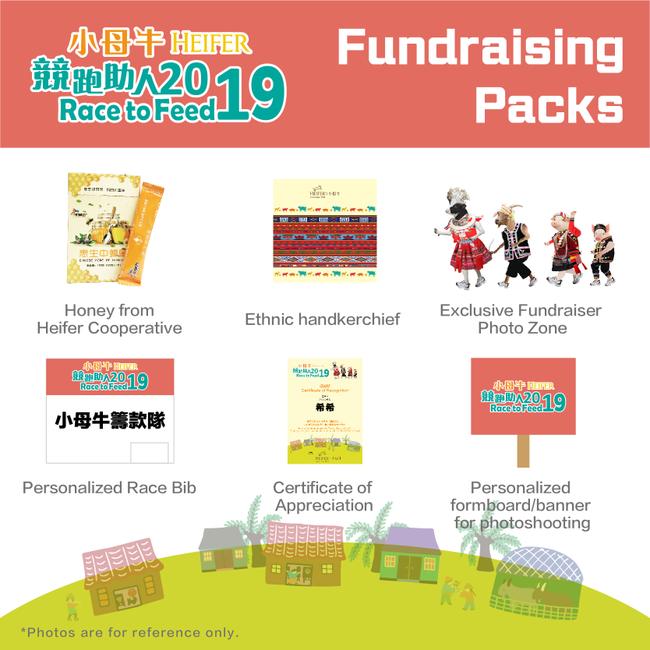 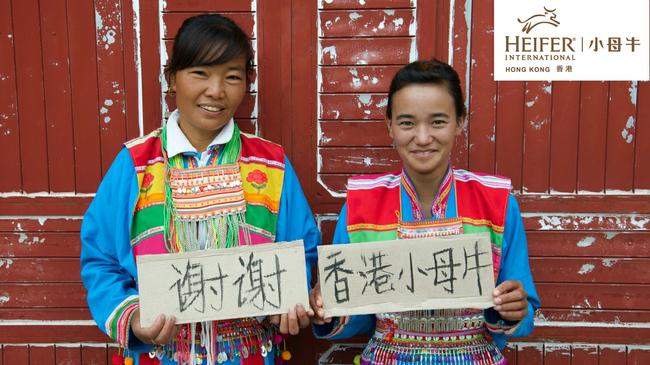 Except Exclusive Fundraiser Photo Zone, the other fundraising prizes are available on a first-come-first-serve basis , while stocks last.

Founded in 2000, Heifer Hong Kong is committed to alleviating poverty and meeting the needs of rural communities by helping farm families achieve a sustainable livelihood through animal husbandry and growing high-value crops in an eco-friendly manner.

Recipient families promise to “Pass on the Gift” of livestock or the money equivalent, knowledge and skills learned to help other families become better off, setting off a multiplier effect that benefits many more families.

Until now, Heifer has implemented 180 poverty alleviation projects in rural China, lifting over 140,000 families out of poverty.

This vicious cycle has lasted seemingly forever, until recently. A Lisu teenager Yin Hong from Huangtian Village of Luquan County in Yunnan, achieved top grades in school and was admitted to top-tiered high school in Kunming and then one of China's best universities two years ago. This wouldn't happen without Hong's hard work and his family's support. Yin Yuhan, Yin Hong's father, did not want his son to follow his unlucky fate and dropped out after junior high school. He worked non-stop day and night, but the family only managed to make ends meet. Hong was on the brink of dropping out several times when the family had problems paying his tuition fees.

In 2018, Heifer Hong Kong launched a project in Huangtian Village, bringing development resources and methods to the villagers, and help this poverty-stricken ethnic minority community develop advantageous animal husbandry and farming to lift smallholder farmers out of poverty and realize sustainable development.

Although Huangtian Village's cooperative is still in its early stage of development, in just one year, the Yins has earned an extra income of around 8,000 yuan, that makes Yin fully confident in the future. Heifer Hong Kong believes that with support from generous donors such as yourself, a sustainable livelihood will be achieved over time as long as the project families persist with determination to change their lives.

Ethnic minority children needs your help. Donate today and you can lift their families out of hardship and change the children's lives.

To learn more about the Ethnic Minority Project