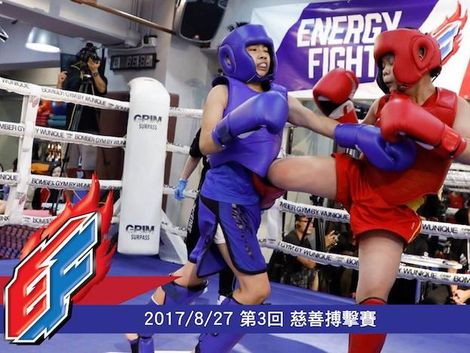 To redeem ticket(s), please present your confirmation email to our reception

Please select the number of tickets:

“Energy Fight” first held in 2011, aims to promote the mixed combat sports, and provide a new platform for all potential athletes to participate more competitions to gain their experience. Also create a chance for the peoples in different types of martial art to exchange their expertise to each other. Nowadays mixed combat sports growing popularity in Hong Kong, we felt each martial art has its advantages, in order to increase the freshness of the game, “Energy Fight” is contesting based on the rule of Ground Zero, so that the competition can be both exciting and safe manner.

Children will play an important role for the society in the future, and as the times change, many children's problems such as obesity, lazy and indulgent are affecting childhood development. In order to make all-round development of children, “Energy Fight” hopes to promote children’s mixed combat sports, to help children explore their potential and develop their spirit of perseverance and self-discipline, with the best physical condition and adequate self-confidence to meet the challenges of the future.

“Energy Fight 2017 Round 3 Mixed Combat Charity Competition” will be held at 27 August, 2017, mainly focus on cadet and youth group competition and rule in mixed combat, aim to develop the habit of exercise for children. Artist Bob Lam Chi Pok will accompany with his children Lam Wing Yu and Lam Cheuk Nam as the charity ambassador so as to support this meaning charity competition. The revenue of competition will be donated to End Child Sexual Abuse Foundation for putting effort into children development protection. 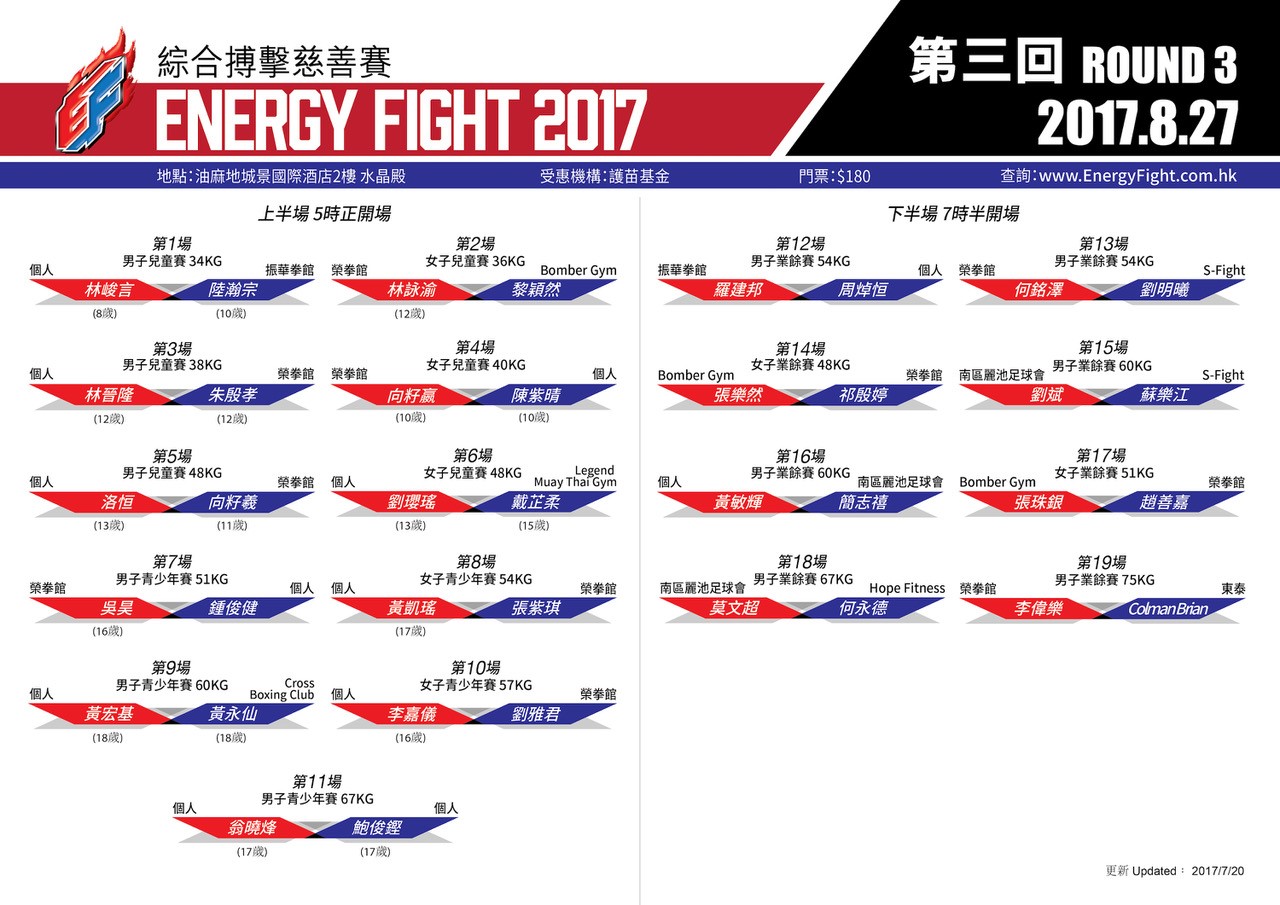 2 minutes per round and 1 minute rest, 3 rounds;

2 minutes per round and 1 minute rest, 3 rounds;