In search of pipe organs and their communities in Hong Kong

Update 6 Oct 2020 - Media release for our project from Topauu

In search of pipe organs and their communities in Hong Kong

Why support this project?

How the fund will be used?

Your donations will be used for all costs associated with this project, including pre-production, production, and post-production expenditures, as well as honoraria for artists and crew.

Any pledge amount will be gratefully accepted.

Since its founding in 2004, Concerto da Camera has brought unique, innovative chamber music and arts programmes to audiences of all ages and backgrounds. Its programming strives to increase public interest in classical music, and to foster arts and culture. Its events have taken place in both traditional venues and new spaces, such as beautiful heritage sites, offering memorable experiences to the audience. Sponsors of its past projects include the Hong Kong Arts Development Council, Po Leung Kuk, Ming Pao, RTHK, and Alliance Française de Hong Kong.

An advocate of new music, Concerto da Camera regularly commissions and performs works by living and Hong Kong composers, and has received multiple supports from the CASH Music Fund.  The organisation also collaborates with artists of disciplines outside music.

Donations of HK$100 or above are tax deductible and a tax receipt will be issued.

Lee Wai-shan holds a B.Mus. (Hons.) from The Hong Kong Academy for Performing Arts and an M.A. in Music from the Hong Kong Baptist University, majoring in music composition and electronic music.  She studied composition with Clarence Mak, Lo Hau-man, Law Wing-fai and Christopher Keyes, and at the Internationales Musikinstitut Darmstadt New Music Festival. Her compositions have been performed in various occasions, including The International Society for Contemporary Music-Musicarama and Le French May. She studied piano with Hui Ling, and holds the Certificate of Piano Performance, Analysis and Pedagogy with distinction from the School of Professional and Continuing Education of The University of Hong Kong and the L.T.C.L. Diploma in Piano Performance. Lee won several prizes including first prize at the Hong Kong Music Competition for Young Pianists (2015) and second prize at the 17th Hong Kong-Asia Piano Open Competition (2012). Also interested in Western early music, she studied baroque basso continuo and improvisation with Sonia Lee.

A past recipient of the Mrs. Lily Pong Scholarship for Church Organists of Hong Kong Sheng Kung Hui, Lee currently serves as one of the service organists at St. John's Cathedral and the Church of St. John the Baptist. She has performed at St. John's Cathedral, St. Paul's Church, at a concert organised by the Hong Kong Chapter of the American Guild of Organists at All Saints’ Cathedral, and in “Heavenly Handbells— Advent Evening Prayer” with the Hong Kong Handbell Academy at The Hong Kong Catholic Cathedral of The Immaculate Conception. She has participated in the International Organ Festival Haarlem in The Netherlands, the European Organ Academy in Leipzig, and the Hong Kong Cultural Centre Organ Performance Technique Workshops. Her compositions for organ, “Farewell at Weicheng” and “Variations on Great Are Thy Mercies,” were recently premiered at the Shenzhen Concert Hall and St Paul’s Church respectively. Lee has been studying organ with Wong Kin-yu since 2013.

Hong Kong soprano Athene Tsz Wai Mok has performed in Taipei, the United States, Hong Kong, Toronto and Tel Aviv. She made her professional debut in Taipei in September, 2019 as the Ghost, the main character of the contemporary chamber opera Ghost Love by Dr. Chan Hing-yan. Her other operatic appearances include Poppea and Valletto in L’incoronazione di Poppea, La Fée in Cendrillon, Morgana in Alcina, Sister Constance in Dialogues of the Carmelites,and Despina in Cosi fan Tutte. She was a semi-finalist at the Classical Singer Vocal Competition, and a winner of the Jessie Kneisel Lieder Competition and a third-prize winner of the Friends of Eastman Opera Competition at the Eastman School of Music.

An active concert soloist, Athene has made concert appearances including Bach’s Magnificat with the Rochester Philharmonic Orchestra, Haydn’s The Creation and Bach’s B minor Mass with the Eastman Philharmonia and Eastman Rochester Chorus, and Haydn’s Nicolaimessewith the Bucknell University Choir and Camerata. She is a doctoral candidate in Performance and Literature at the Eastman school of Music, with a minor in Historical Performance Practice. She received her Master of Music degree from the Eastman School of Music and Bachelor of Music degree from the Hong Kong Academy for Performing Arts. 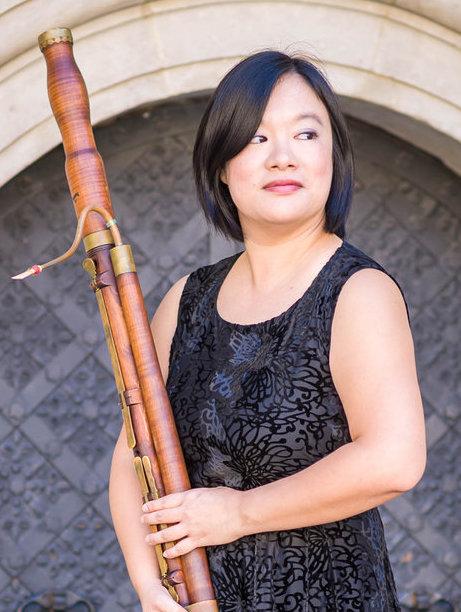 Karen Yeung is the founder and artistic director of Concerto da Camera, an active professional chamber music ensemble in Hong Kong since 2004, and a co-founder of the Hong Kong Bassoon Academy, a school offering quality music education since 2010. Under her leadership and vision, Concerto da Camera offers unique, innovative chamber music programmes which promote public interest in classical music.

Yeung graduated from the Hong Kong Academy for Performing Arts in 2001. She continued her studies on the modern bassoon at the Conservatorium van Amsterdam under Mr. Ronald Karten, Principal Bassoon of the Royal Concertgebouw Orchestra, and on the baroque bassoon and early music performance studies under Ms. Donna Agrell, bassoonist of The Orchestra of the Eighteenth Century. She has participated in masterclasses given by renowned coaches and historical bassoonists, including Paolo Grazzi and Alberto Grazzi of Ensemble Zefiro (Italy), and Dominic Teresi of Tafelmusik (Canada).

Ramond Richard is a director at La Mer Media Production. With a decade of digital experience, he excels a variety of professional storytelling and shooting skills, and has helped companies to extend to a higher level of brand building in this fast pace and highly competitive digital world. His clients of digital marketing campaigns and corporate branding videos have included Lenovo, AIA, Chubb, and HAESL.

One HK$50 coupon for purchasing Concerto da Camera ’s event ticket in 2021-2023. A coupon can be applied to one ticket only.

Two HK$50 coupons for purchasing Concerto da Camera’s event tickets in 2021-2023. A coupon can be applied to one ticket only.

Four HK$50 coupons for purchasing Concerto da Camera’s event tickets in 2021-2023. A coupon can be applied to one ticket only.