FringeBacker has become aware of certain articles in the press today concerning one of the members of staff at Ting Wai Monastery.

FringeBacker confirms that all funds received by FringeBacker for the Ting Wai Monastery preservation fundraising campaign currently continue to be held at FringeBacker.

Ting Wai Monastery successfully completed its 3-month FringeBacker fundraising campaign on 30 September 2015, recording a total of HK$1,339,200 from 737 backers on FringeBacker. This is the second largest successfully crowdfunded online campaign in Hong Kong.

FringeBacker will liaise with the management of Ting Wai Monastery, and will keep backers updated as appropriate.

Ting Wai Monastery is situated in Ma Wo, Taipo and it was built in 1921. Its history exceeds 90 years.

Rev. Tsang Sau and the then High Priest of Ling Wan Monastery shared a common goal to teach Buddhism and to this end, they jointly built an establishment in Tai Po. Tai Po is geographically placed close to the city, yet enjoys the peace and quietness of the rural area. The said Buddhist teaching establishment was named the Orchid Garden, which could not have been built without the help and donation from Buddhist believers. Orchid Garden occupies a land area of over 100,000 square feet. 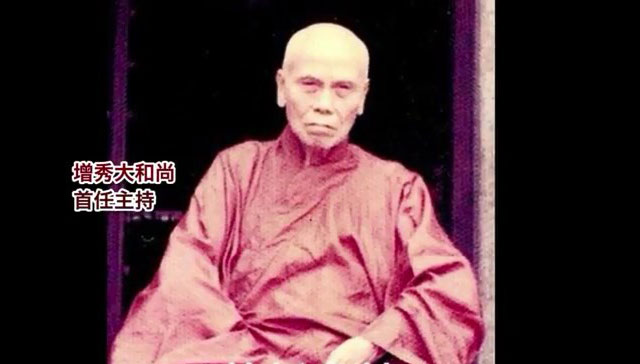 The Orchid Garden was known for its Buddhist teaching and widespread influence. The founder of Buddhist Tai Kwong Chi Hong series of schools, Rev. Chi Cheung, determined to become a nun after receiving an enlightening lecture by Rev. Siu Hong at the Orchid Garden.

Rev. Chi Cheung later founded Tai Kwong Nunnery, which then became a primary school and a secondary school that offered free education opportunities to countless children who could not have afforded tuition. Many of these children became respectable members of the society.

In 1934, due to the increasing number of visitors, Rev. Tsang Sau built a grand temple of worship next to the Orchid Garden. It was renamed as the Ting Wai Monastery in 1963 and registered as a non-profit charitable organization. All the assets and land of the Monastery were then transferred to this Charitable Organization. Rev. Fat Ho, Xi Chen, Mao Rui, Xu Lang, Xiuhui were appointed permanent directors of this new organization and were jointly in charge of the Monastery’s administration. From this point forward, the Monastery became a formal worshipping place for believers from all over the world. 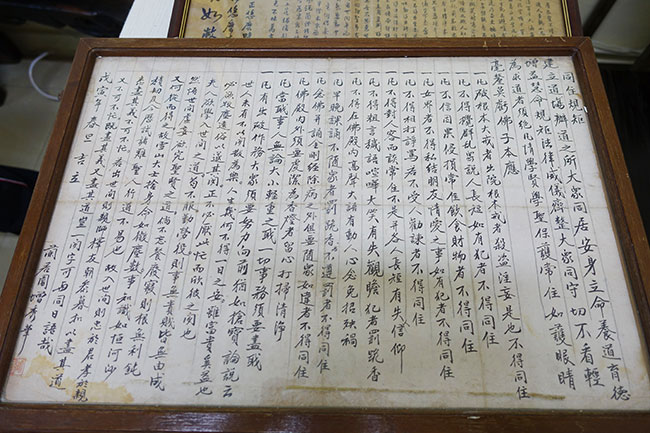 It is noteworthy that Rev. Tsang Sau was also the Head Priest of Po Lin Monastery in 1951. He made major contributions to the Monastery during his one-year stint at the Monastery.

In 1967, Rev. Tsang Sau retired at the age of 87, his successor was Rev. Mao Rui. The consecutive successors were Rev. Lok Gwo, Seoi Tou and Jan Wai. After the passing of the latter, the Board of directors was headed by Rev.Ying Wai. 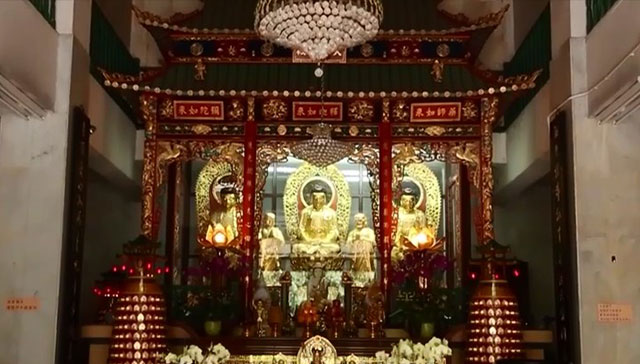 Time flies and things change. The surrounding neighbourhood of Ting Wai Monastery has transformed from a rural landscape to a luxurious residential area. Since the mid-90’s, there were continuous proposals made to the Monastery to sell its property to land developers. There was also a proposition of a joint venture to turn Ting Wai Monastery into a Columbarium for niches of funeral urns. The Monastery was not swayed by the multi million dollars offers to contract.

However, Ting Wai Monastery is short of funding. There are continuous noise complaints filed by the neighbours making it impossible to even ring the morning bells and the dawn drums. Ceremonial activities became difficult if not impossible to perform thus cutting off the income of the Monastery. There were times when the lack of funds prevented the Monastery from paying the electricity bill, not to mention funds to effect repair and maintenance.

The Orchid Garden and the Grand Temple have suffered from weather erosion and is infested by termites. The Orchid Garden became unusable after its roof collapsed. The Monastery managed to effect emergency repairs but was stopped by the Building Department ordering it to cease work due to an anonymous complaint. All of these hardships have placed the Monastery in an increasingly difficult financial position.

In the recent months, the adverse conditions of the Monastery were widely reported by the Hong Kong media. This attracted public’s attention and professionals such as lawyers, surveyors, engineers and even a LegCo member come forward to offer their free assistance. The present works in progress include applications for government permits, structured donation plans and public tenders for the renovation. In turn, this has finally revealed ‘the light at the end of the tunnel’ for overcoming the Monastery’s obstacles and showing the path forward.

Firstly, the Monastery needs to raise funds to reinforce the structure of the Orchid Garden and the Grand Temple. In the final stage, the Monastery intends to apply for government approval to build a meditation centre, which will teach Buddhism while providing a place of peace and quietness for those in need.

Still, in the initial stage, the Monastery’s goal is to raise a sum of HK$500,000 in order to retain a professional consultant company to make various government applications, demolish illegal structures and to offer public tender for designers and architects. Once the renovation plan and the quotation for the estimated renovation fees are solidified, the Monastery will move to the second stage to raise further funds to start the work.

Preservation of Historical and Environmental Elements

One of the original reasons of selecting the present site of the Monastery is the source of water supply. In the early times of the Hong Kong colony, there was no public supply of clean water in the rural areas. Whilst the villages had to rely on wells to store water, Monasteries relied on natural flowing water from the mountains. For the past 90 years to date, Ting Wai Monastery has not been connected to the government water system and relies on the fresh mountain water that flows into a special stone container. This ancient stone filter witnessed the early lives of Hong Kong indigenous inhabitants and is an important historical element preserved by the Monastery.

This Memorial Hall was built in memory of Rev. Tsang Sau; his relic is being honoured in the hall.

Unfortunately, approximately 20 years ago, the sanctity of the Monastery was violated by acts of theft. Most, if not all, of its valuable items were stolen.  The only antiquities left behind was the calligraphy of various High Priests and valuable old pictures.

Although, the Memorial Hall is not open to the public at this time, the Hall does hold an exhibition of calligraphy and photographs recording the history of the Monastery.

3. Bonze Bell and others

The Monastery grounds have trees that are over a hundred years old and amongst some of the temple few historical items is a bronze bell from Rev. Tsang Sau’s time when he founded the Monastery. The Monastery is surrounded by nature and there are occasionally small creatures such as civet cats.  Visit the Monastery, you may be lucky to see them.