Helios Collective is an initiative dedicated to promoting a new generation of theatrical and operatic performances, whilst nurturing the development of young, talented artists. By aiming to engage wider artistic interest, its productions and related projects revitalize theatre and opera works – old and new – through exciting collaborative ventures. Our latest venture is to launch a series of opera club nights at the CLF Art Café in Peckham, London, called Toi Toi. We want you to be part of this ambitious project, which endeavours to provide a platform for young artists, as well as expanding access to opera by showcasing modern works and non-classical operas in a friendly and relaxed setting.

'This event was a premonition of the future of British Classical music.'
****
James Macnamara, Broadway Baby

Toi Toi 2015 will present two evenings of continuous musical entertainment in an alternative setting in order to demonstrate the versatility and relevance of opera to modern audiences, as well as seeking to highlight the links between popular music and opera. To this extent, we are bringing together some leading London bands, rock and electric opera groups, classical–jazz fusion groups, and politically aware modern classical operas, all in two evenings of entertainment. We want to show that opera is as alive and as modern as the other genres of music that are included in each evening’s entertainment. A bonus for night owls is that the CLF will be putting on a club night after-party in the same venue after the main event each evening.

'I'm really looking forward to this project because it’s the first time that so many different groups will have worked in close collaboration to provide evenings of musical and dramatic entertainment. This opportunity is already generating a sense of camaraderie between several companies that operate in London. It’s a friendly platform for presenting works and for audiences to relax in while they experience opera as they’ve never experienced it before!' 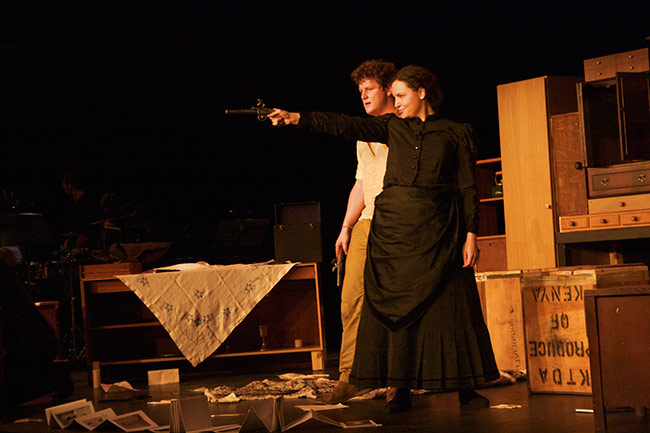 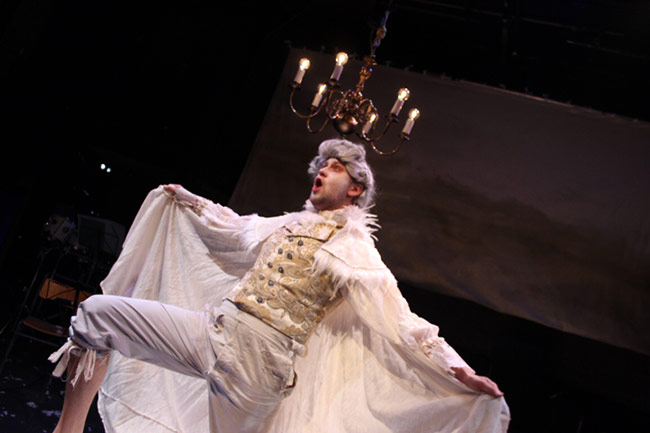 Programme:
Both evenings offer an enticing programme of popular music, combined with – amongst other genres – classical and electric opera. It is a celebration of new music, performed by young and talented artists.

*All items marked with asterisks will be performed and produced by members of Helios Collective. Full programme details can be found here.

'I Am Constantly Busy' from Flush


Purpose of crowdfunding and how the funds will be used
By raising money through this crowdfunding campaign, we hope to be able to cover the basic costs involved in producing the two-day event, including venue hire, lighting design, technicians, equipment hire, set design and stage management. Anything raised above our £2000 target will give us the opportunity to be more ambitious with the project, and in turn create a more exciting evening of entertainment.

There are many ways to engage with this highly unique project, either by attending the event, or by taking advantage of one of the many exclusive rewards on offer in return for your generous donation.

Background of Helios Collective
Helios Collective, formally known as Helios Chamber Opera, was founded in 2012 by Artistic Director Ella Marchment as a means to provide opportunities for young artists across the creative spectrum. Helios has rapidly become renowned for its bold projects, originality, and commitment to quality.

Since its foundation, Helios Collective has produced an eclectic array of events involving over 100 of Britain’s most promising up-and-coming young artists. These events have included concert series and masterclasses, composition and libretto writing competitions, a UK tour of William Walton's The Bear alongside two new composition commissions, and an international tour to the St Petersburg Philharmonia in Russia to perform Peter Maxwell Davies's Eight Songs for a Mad King and Walton's Façade.


Reviews
'Astonishing, mesmerizing Eight Songs for a Mad King – a gratifying fulfilment of Grimeborn's aim to give young performers the chance to explore ideas and to make opera accessible and innovative.'
****
Tim Bano, Everything Theatre (2014)

'This was music theatre which was vividly alive.'
****
Robert Hugill, Planet Hugill (2014)

'An intriguing and challenging production that should not be missed.'
****
Carolin Kopplin, UK Theatre (2014) 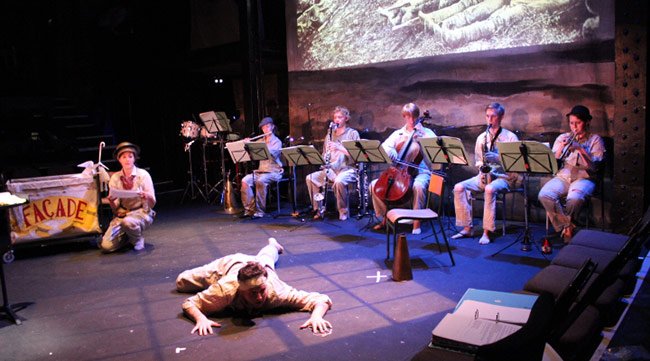 Behind the scenes Toi Toi 2015 Pass

Private recital for you and up to 50 guests

Title sponsorship of Toi Toi 2015 throughout the year